I caught the travel bug in 2008 when I went overseas for the very first time at the ripe old age of 21. It was to Thailand with my friend, and we spent two glorious weeks travelling around the country, taking in the sights, smells and tastes of Bangkok, Chiang Mai and Phuket. We went to Bali the following year, and my passion for travel grew even stronger.

While Southeast Asia is beautiful and exciting, we knew we wanted to venture to Europe on our next overseas adventure. I’ve always been good at saving money, but my friend, less so. So after talking about going to Italy for over a year, and with my friend’s bank balance struggling to grow, I made the decision to go it alone. A solo traveller was born!

Since then, I’ve travelled to 14 countries on my own, and have come to realise that travelling solo is actually my preferred way to travel. Solo travel is so rewarding, but it comes with its challenges.

1. I am so much stronger and more capable than I thought

This is the big one. While I knew I wasn’t some useless weakling dependent upon others for my very survival, I didn’t realise just how capable and independent I could be when put to the test. Navigating foreign airports and transport systems, communicating without knowledge of the language, making decisions about where to stay/eat/sight-see, being aware of your surroundings and personal items, it all takes a lot of energy,

organisation and determination. And, believe it or not, it was all so much easier than I thought. It’s funny how self-reliant I’ve become, even in my day-to-day life at home, preferring to figure things out on my own rather than relying on someone else to swoop in and help. Travelling alone promotes you to a level of independence that even Destiny’s Child would be proud of!

Being an introvert, this was something that was less realised, and more affirmed. I already knew that I enjoyed spending time on my own and never craved the company of others, but I was still apprehensive about whether I could cope with being completely on my own, in a foreign country, with no familiar faces to keep me company. I was worried I’d get lonely, or that the things I experienced and the sights I saw wouldn’t be as special because I didn’t share them with anyone. Well, I needn’t have been concerned. Being on your own gives you time to really soak in the experiences you have, to reflect on your day, to savour moments that you don’t have to share, that are made just for you. And if you do feel like some company, then there are plenty of apps/social media sites that help you find other travellers in your area, or you can simply strike up a conversation with people at a bar, or join a communal table that many cafes and restaurants have these days (in parts of Europe, communal tables are everywhere. I found this particularly the case in Germany, so pull up a seat and make some new friends!)

3. I have an excellent sense of direction

Before I set out on my own, I was the kind of person who happily followed along as my

friends navigated the way through airports, train stations and foreign cities. I actually came to believe that I had a terrible sense of direction because I could never figure out the way back from anywhere. But I didn’t have a terrible sense of direction, I was lazy. I let my friends to all the hard work and I just followed along blindly. I had no idea how we’d gotten to the restaurant/market/beach so I sure as hell couldn’t find my way back! But on my first solo adventure I realised I didn’t suck at navigating, I was actually quite good at it! Scoping out destinations on Google Maps and then roaming around foreign cities like a pro, AND finding my way back again, made me feel like I could handle anything. Sure, I’ve gotten myself lost plenty of times too, but that’s how you find the hidden treasures of a city that are off the well-worn tourist paths!

4. Airports are designed to be easily navigated

This one might seem like a bit of a “duh!” but having never flown overseas (or anywhere, for that matter) until I was in my 20’s, one of the biggest causes of my pre-travel anxiety was navigating airports on my own. I mean, they’re huge, they’re crowded, and if I get lost I could potentially miss my flight and my holiday would be ruined. But, funnily enough, I realised that (most) airports are actually pretty darn easy to navigate. Almost like they’re designed that way 😉 Also, if you’re an English speaker, or have a pretty decent grasp on the language, then you’ll be fine, as every sign in (nearly) every airport is written in English as well as the local language, meaning you will have no trouble figuring out where to go. And if you do get lost, airport staff are usually always extremely helpful. (This realisation also applies to train stations!)

5. I’ll (probably) never be happy staying in one place

I’m sure that one day, when I’m old and grey, the thought of packing up all my things and putting them in storage so I can gallivant around the world, will be less appealing than it is right now. But, that’s something future me can deal with. Right now, the thought of

being in the one place for any longer than two years gets me down; it makes me yearn for faraway places that I’m yet to experience and for adventures I’m yet to have. Travelling solo has given me an insight into the person I am when I’m free and happy and curious about the world, and this is in stark contrast to the person I am when I’m at home and at work, where I feel tired and restless and trapped. Travelling gives me new life, new energy and new outlooks on the world, things that I can’t achieve if I stay in one place and continue to live the day-to-day monotony. If you feel the same, if travelling is your passion, your dream, your purpose in life, don’t let anything hold you back – you can do it: solo travel is for everyone!

Got a question about travelling solo or about travel in general? Pop it in the comments section or catch me on social media!

Hi, I'm Bec! My number one passion in life is travelling, particularly solo travel, and my aim is to inspire like-minded women to take the plunge and embark on life-changing adventures around the world. I have travelled to 15 countries so far (most of them on my own) and have many more still to explore! View all posts by loveshetravels

74 thoughts on “Five things solo travel has taught me”

This site uses Akismet to reduce spam. Learn how your comment data is processed.

Sunshine and palm trees! 🌴🌴🌴
Thrilled to be back in the stunning Port Douglas 🤩
Beautiful sunset over the lake 🌅
Sunny morning at my favourite beach ☀️
A little winter escape to Tomakin 💙
Finally made it to Tianjara Falls 🤩 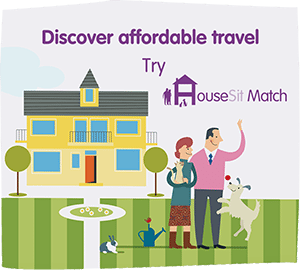